james b jacobs the toughest gun control law in the nation

A comprehensive assessment of real gun reform legislation with recomme...

James B. Jacobs The Toughest Gun Control Law in the Nation

A comprehensive assessment of real gun reform legislation with recommendations for better design, implementation and enforcement A month after the Sandy Hook Elementary School shooting, New York State passed, with record speed, the first and most comprehensive state post-Sandy Hook gun control law. In The Toughest Gun Control Law in the Nation, James B. Jacobs and Zoe Fuhr ask whether the 2013 SAFE Act —hailed by Governor Andrew Cuomo as “the nation’s toughest gun control law” – has lived up to its promise. Jacobs and Fuhr illuminate the gap between gun control on the books and gun control in action. They argue that, to be effective, gun controls must be capable of implementation and enforcement. This requires realistic design, administrative and enforcement capacity and commitment and ongoing political and fiscal support. They show that while the SAFE Act was good symbolic politics, most of its provisions were not effectively implemented or, if implemented, not enforced. Gun control in a society awash with guns poses an immense regulatory challenge. The Toughest Gun Control Law in the Nation takes a tough-minded look at the technological, administrative, fiscal and local political impediments to effectively keeping guns out of the hands of dangerous persons and eliminating some types of guns altogether.

Since Prohibition, the Mafia has captivated the media and, indeed, the...

James B. Jacobs Busting the Mob

Since Prohibition, the Mafia has captivated the media and, indeed, the American imagination. From Al Capone to John Gotti, organized crime bosses have achieved notoriety as anti- heroes in popular culture. In practice, organized crime grew strong and wealthy by supplying illicit goods and services and by obtaining control over labor unions and key industries. Despite, or perhaps because of, its power and high profile, Cosa Nostra faced little opposition from law enforcement. Yet, in the last 15 years, the very foundations of the mob have been shaken, its bosses imprisoned, its profits diminished, and its influence badly weakened. In this vivid and dramatic book, James B. Jacobs, Christopher Panarella, and Jay Worthington document the government's relentless attack on organized crime. The authors present an overview of the forces and events that led in the 1980s to the most successful organized crime control initiatives in American history. Enlisting trial testimony, secretly taped conversations, court documents, and depositions, they document five landmark cases, representing the most important organized crime prosecutions of the modern era—Teamsters Local 560, The Pizza Connection, The Commission, the International Teamsters, and the prosecution of John Gotti.

The Economic Contract Law of China: Legitimation and Contract Autonomy...

Pitman B. Potter The Economic Contract Law of China

The Economic Contract Law of China: Legitimation and Contract Autonomy in the PRC 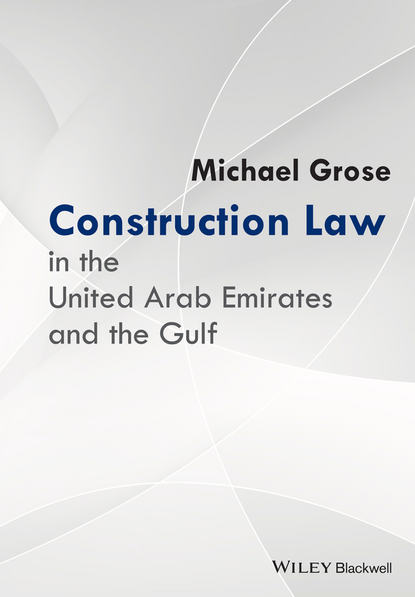 Construction Law in the United Arab Emirates and the Gulf is an author...

Who is sovereign in the United States? Is it the people themselves, or...

David B Kopel The Truth About Gun Control

Who is sovereign in the United States? Is it the people themselves, or is it an elite determined to rule citizens who are seen as incapable of making choices about their own lives? This is the central question in the American gun-control debate.In this Broadside, David Kopel explains why the right to keep and bear arms has always been central to the American identity – and why Americans have always resisted gun control. The American Revolution was sparked by British attempts to confiscate guns. After the Civil War, the U.S. changed the Constitution to defeat the nation’s first gun-control organization, the Ku Klux Klan. When Hitler and Stalin demonstrated how gun registration paves the way for gun confiscation, which paves the way for genocide, Americans resolved to make sure it never happens here.Gun control is not an issue of left vs. right or urban vs. rural. The right to bear arms is crucial to prevent large-scale tyranny by criminal governments and small-scale tyranny by ordinary criminals – and to protect our Constitution.

Published in 1861, Harriet Jacobs's «Incidents in the Life of a Slave...

Harriet Jacobs Incidents in the Life of a Slave Girl

Published in 1861, Harriet Jacobs's «Incidents in the Life of a Slave Girl» was one of the first of the personal slave narratives. At the time this book was first published Harriet Jacobs was living as an escaped slave in the North, a precarious position given the Fugitive Slave Law of 1850. Originally published under the pseudonym Linda Brent, «Incidents in the Life of a Slave Girl» is a gripping first hand account of the brutality endured by slaves and one of the few ever written by a woman. 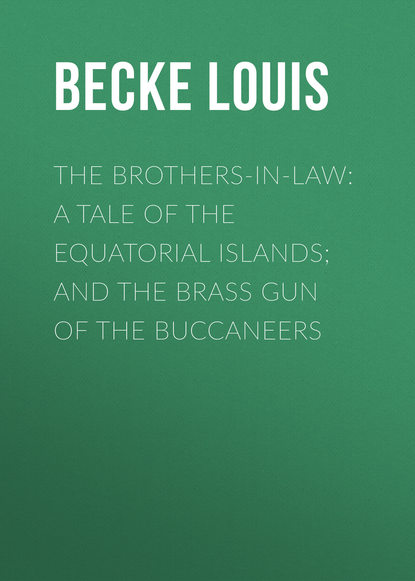 Becke Louis The Brothers-In-Law: A Tale Of The Equatorial Islands; and...

Becke Louis The Brothers-In-Law: A Tale Of The Equatorial Islands; and The Brass Gun Of The Buccaneers

Becke Louis The Brothers-In-Law: A Tale Of The Equatorial Islands; and The Brass Gun Of The Buccaneers

The rule of law has been celebrated as “an unqualified human goo...

James E. Fleming Getting to the Rule of Law

The rule of law has been celebrated as “an unqualified human good," yet there is considerable disagreement about what the ideal of the rule of law requires. When people clamor for the preservation or extension of the rule of law, are they advocating a substantive conception of the rule of law respecting private property and promoting liberty, a formal conception emphasizing an “inner morality of law,” or a procedural conception stressing the right to be heard by an impartial tribunal and to make arguments about what the law is? When are exertions of executive power “outside the law” justified on the ground that they may be necessary to maintain or restore the conditions for the rule of law in emergency circumstances, such as defending against terrorist attacks? In Getting to the Rule of Law a group of contributors from a variety of disciplines address many of the theoretical legal, political, and moral issues raised by such questions and examine practical applications “on the ground” in the United States and around the world. This timely, interdisciplinary volume examines the ideal of the rule of law, questions when, if ever, executive power “outside the law” is justified to maintain or restore the rule of law, and explores the prospects for and perils of building the rule of law after military interventions. 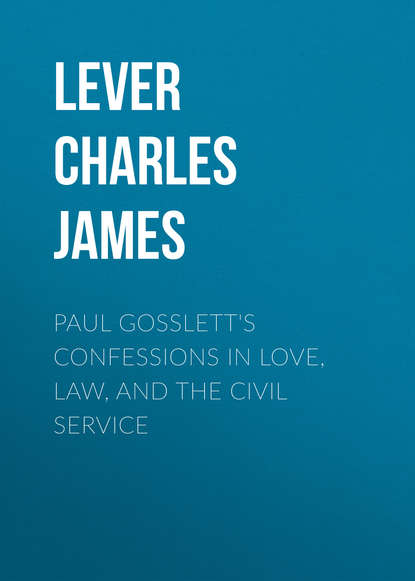 The minimum of violence accompanying the success of the American Revol...

The minimum of violence accompanying the success of the American Revolution resulted in large part, argues this book, from the conditions of law the British allowed in the American colonies. By contrast, Ireland's struggle for independence was prolonged, bloody, and bitter largely because of the repressive conditions of law imposed by Britain. Examining the most rebellious American colony, Massachusetts Bay, Professor Reid finds that law was locally controlled while imperial law was almost nonexistent as an influence on the daily lives of individuals. In Ireland the same English common law, because of imperial control of legal machinery, produced an opposite result. The Irish were forced to resort to secret, underground violence. The author examines various Massachusetts Bay institutions to show the consequences of whig party control, in contrast to the situation in 18th-century Ireland. A general conclusion is that law, the conditions of positive law, and the matter of who controls the law may have more significant effects on the course of events than is generally assumed. 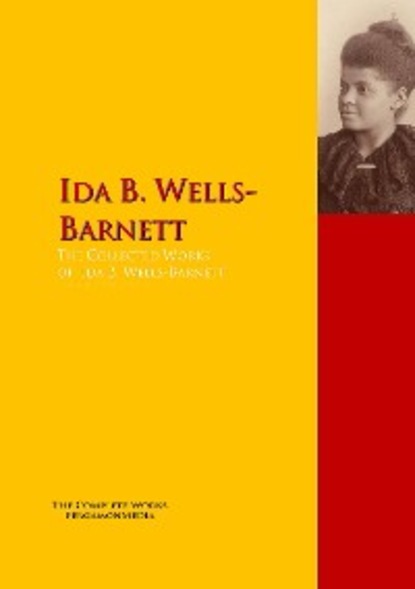 This comprehensive eBook presents the complete works or all the signif...

The author views law as a unique artefact of social order (in the word...

The author views law as a unique artefact of social order (in the words of ancient Roman jurists, jus est ars boni et aequi - "law is the art of the good and justice") in humanity's struggle against the many-faced social chaos. The law is proposed to be viewed as a normative form of human freedom in personal social interactions. Key issues of the legal doctrine and practice are analysed in the sociocultural context of current national and global changes. Legal issues of Russia's development touched upon in this book are presented taking into account the amendments introduced into the Constitution in 2020. The publication is based on the lectures delivered by the author at the St Petersburg International Legal Forum. It is intended for those specializing in the general theory and philosophy of law, constitutional and international law.

Assessing the legal and practical questions posed by the use of artifi... 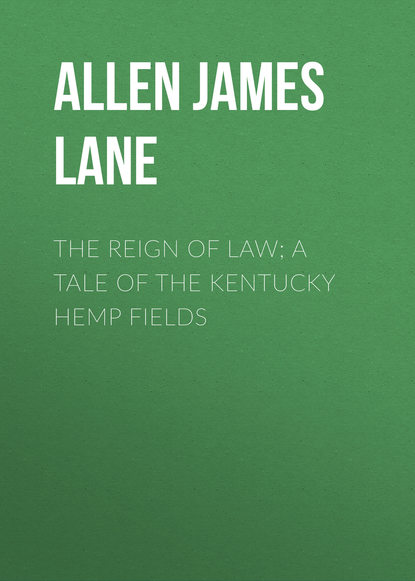 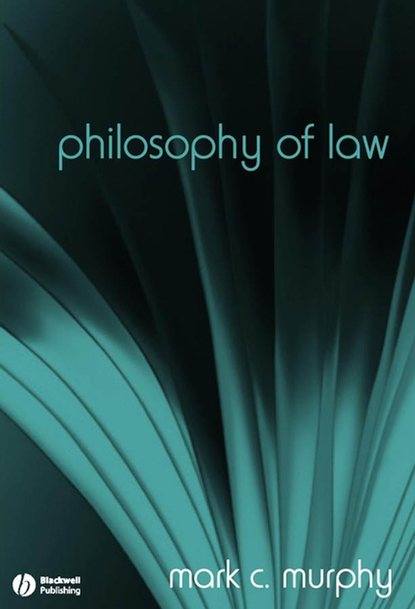 The Philosophy of Law is a broad-reaching text that guides readers thr...

The Philosophy of Law is a broad-reaching text that guides readers through the basic analytical and normative issues in the field, highlighting key historical and contemporary thinkers and offering a unified treatment of the various issues in the philosophy of law. Enlivened with numerous, everyday examples to illustrate various concepts of law. Employs the idea of three central commonplaces about law – that law is a social matter, that law is authoritative, and that law is for the common good – to organize seemingly disparate topics and to bring rival views into contention with each other. The first volume in the Fundamentals of Philosophy series, in which leading philosophers explore the fundamental issues and core problems in the major sub-disciplines of philosophy.

How the British government packaged and sold its people to the world....

How the British government packaged and sold its people to the world. In a little over a generation the bones and sinews of the British economy – rail, energy, water, postal services, municipal housing – have been sold to remote, unaccountable private owners. In a series of brilliant portraits James Meek shows how Britain’s common wealth became private, and the impact it has had on us all. In a series of panoramic accounts, Meek explores the human stories behind the incremental privatization of the nation over the last three decades. As our national assets are being sold, the new buyers reap the rewards, and the ordinary consumer is left to pay the ever rising bill. Urgent, powerfully written and deeply moving, Private Island is a passionate anatomy of the state of the nation for readers of Chavs and Whoops!.